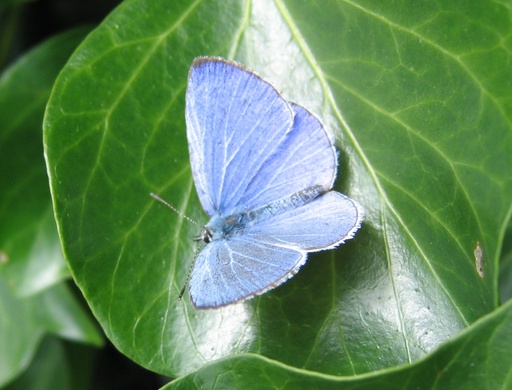 4
Inici Imatges i vídeos
The holly blue (Celastrina argiolus) is a butterfly that belongs to the lycaenids or blues family and is native to the Palearctic and North America. The holly blue has pale silver-blue wings spotted with pale ivory dots. Seitz describes it "Male above shining violet blue, only the apical portion of the costal margin being minutely edged with white. The female has both wings broadly bordered with dark, the margin of the hindwing bearing vestiges of ocelli. Underside silver-white, in the disc a row of black dots, some of which are elongate, and before the margin blackish shadowy dots. Egg very flat, whitish. Larva green or brown, marked with yellowish white, bearing catenulate stripes on the back, on segment 7 a gland to attract ants; head brown. On Ivy, Ilex, Evonymus, Rhamnus, Robinia, Genista, Spartium, Astragalus, Rubus, Erica, Pyrus and many other plants; in Europe visited usually by ants of the genus Lasius; in June and the autumn. Pupa mostly fastened to the underside of a leaf, ochreous with brown spots and markings. The butterflies in the spring and again in July, occasionally a third time at the end of August and in September, everywhere common, particularly at the flowers of ivy and brambles." In Europe, the first generation feeds mainly on the holly species Ilex aquifolium but the second generation uses a range of food plants.The holly blue is the national butterfly of Finland.
Font: Vikipèdia Animalia (Kingdom) -> Arthropoda (Phylum) -> Insecta (Class) -> Lepidoptera (Order) -> Lycaenidae (Family) 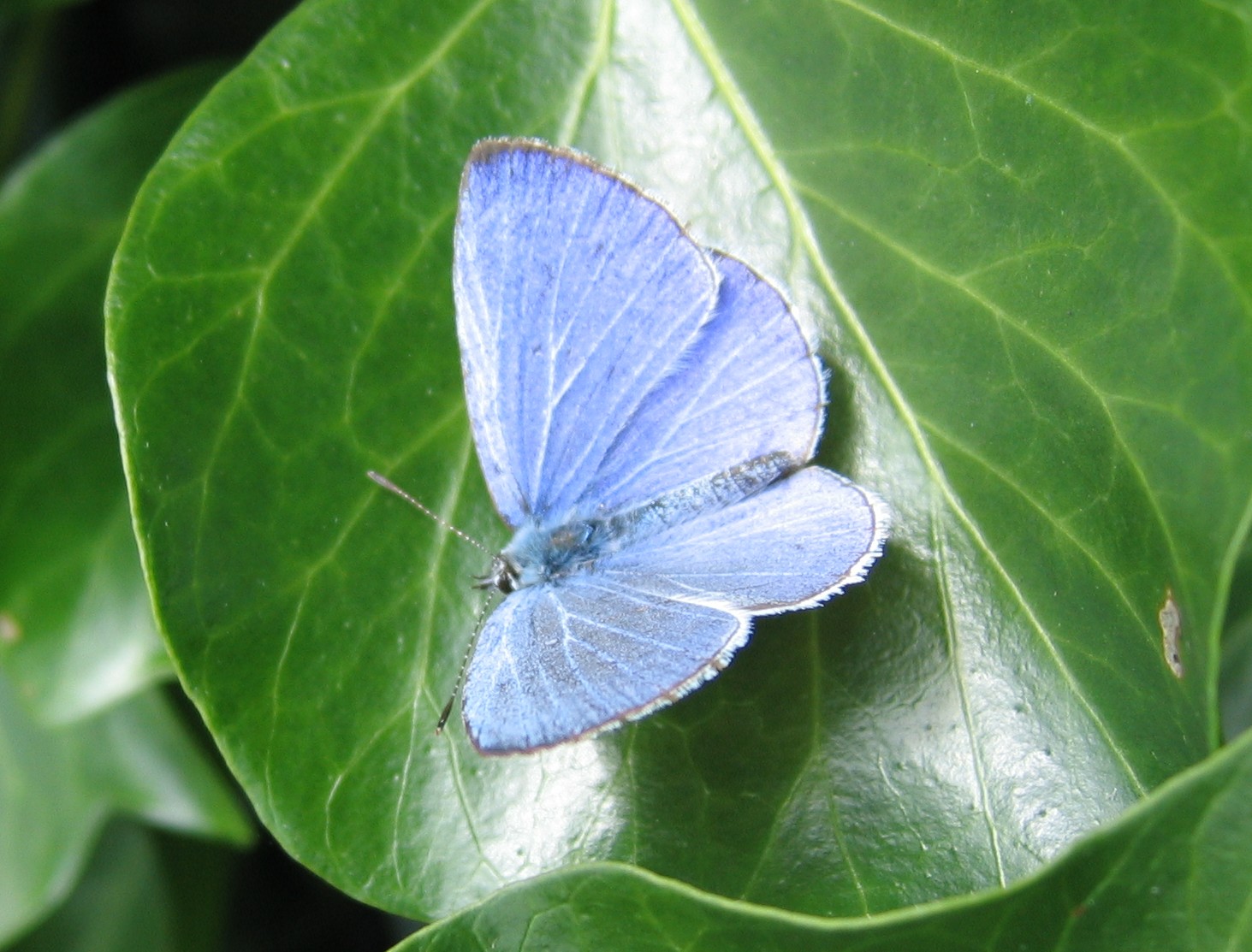 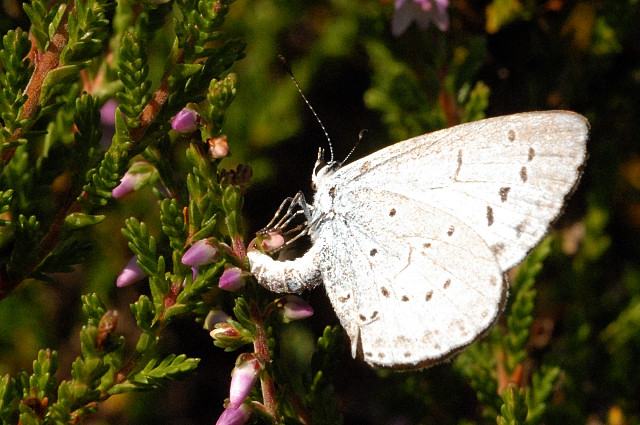 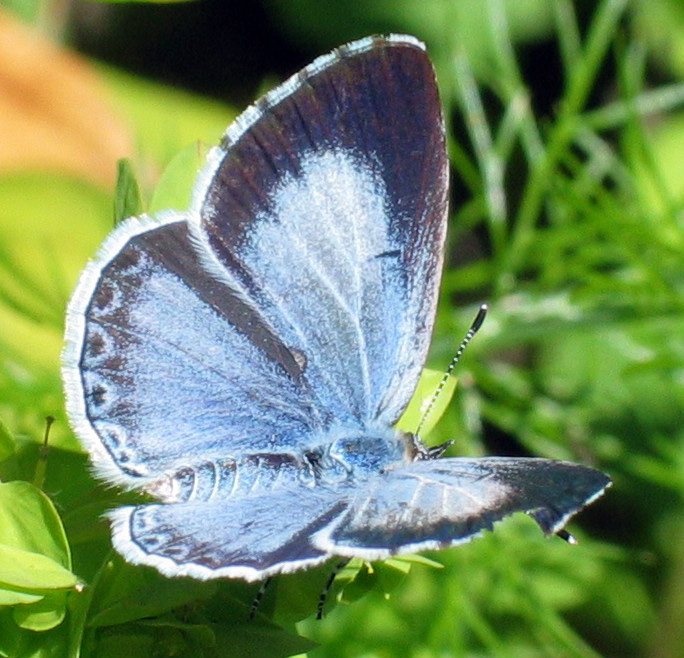 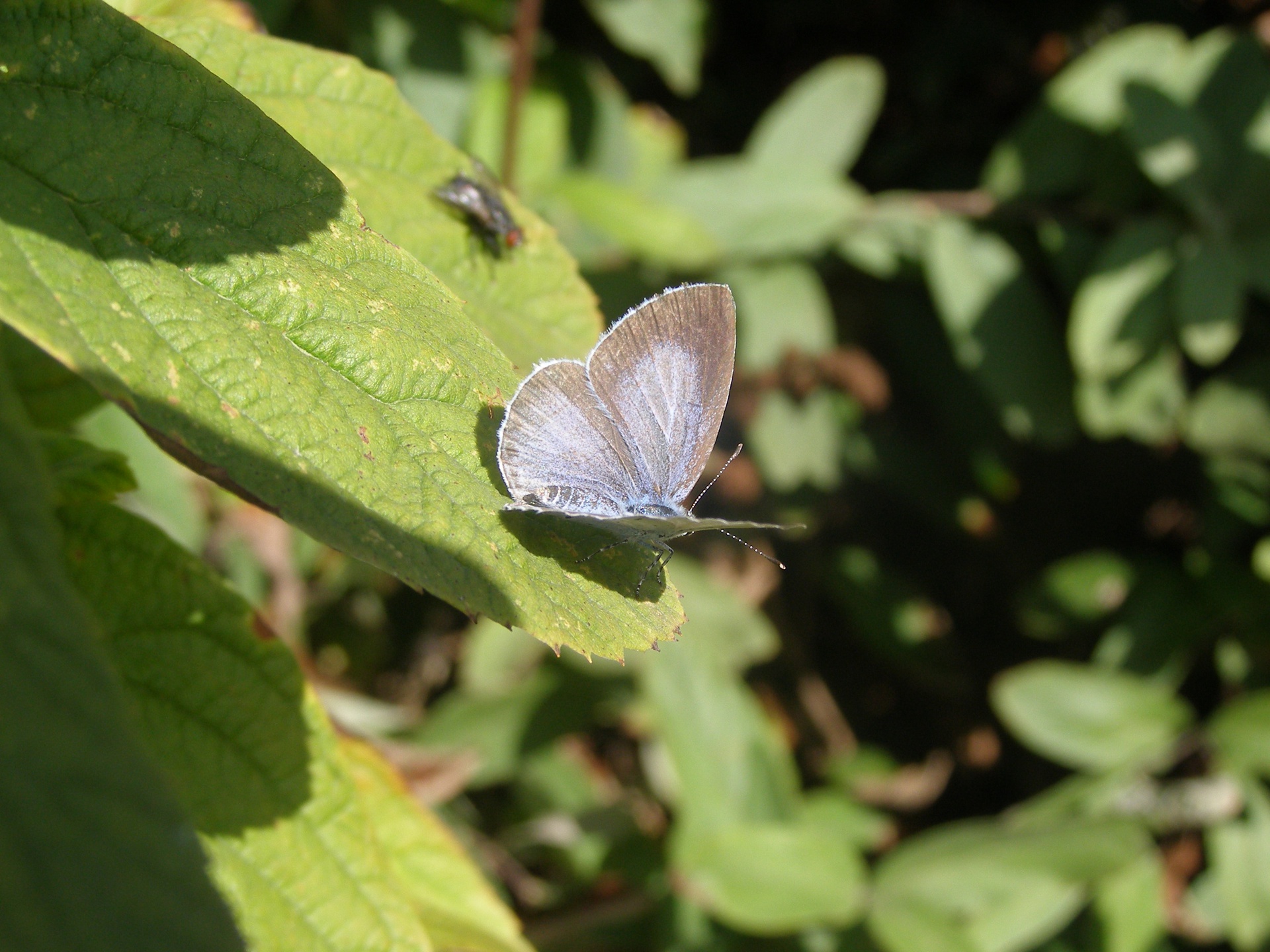